I’d heard good things about Maximilian Fly by Angie Sage, but I didn’t expect that it would be my kind of book. It has a person-sized cockroach on the cover after all. Eww.

But I’ve been proved wrong. Maximillian (who is actually a person with cockroach DNA) is a gentle and charming character, and I highly recommend his story to fans of dystopian fiction, unusual narrators, and suspenseful fantasies.

Maximillian Fly is the story of how Maximillian sets out to prove to you and me (the reader) that he’s a good creature by rescuing two children who are being chased by government enforcers. It takes place in the city of Hope, which is trapped under a dome to protect its citizens from the contagion outside and which is run by an oppressive government.

When Maximillian decides to hide the children, his actions have far-reaching consequences for his own quiet life and for all of the people (and roaches) of Hope. After I got over my initial reaction to Maximillian’s carapace, I couldn’t put the book down. 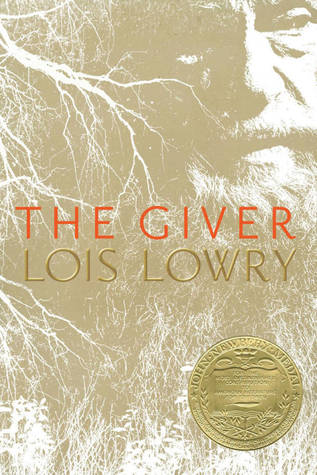 I don’t know why it took me twenty-five years to read The Giver by Lois Lowry. It’s so good.

It’s the story of 12-year-old Jonas, who lives in what seems like a utopian community. At the Ceremony of Twelve, when his classmates are given their Assignments, roles like Birthmother, Instructor, or Laborer, Jonas is not assigned. Instead, he is selected at the next Receiver of Memory and is apprenticed to a man who calls himself The Giver. As he learns his new role, he begins to understand that when his community suppressed its bad memories (war, poverty, pain), it also gave up good memories (color, music, strong emotion)

The Giver won the Newbery Medal in 1994, and I’ve picked it up in the bookstore or library many times since then (including when the movie version came out in 2014). It was Larrabee who finally prompted me to read it, though. His teacher recommended it, and he decided he needed to read since it has also been suggested by someone at camp last summer. So maybe it’s one of those books that needs multiple recommendations. If so, let this blog post be the one that pushes you over the edge. It’s the type of story that will linger in your thoughts.

The other books in The Giver Quartet are Gathering Blue, Messenger, and Son, but they are companion books rather than sequels to Jonas’s story. Larrabee has enjoyed the second and third books. We also enjoyed the movie, although it’s no substitute for the book in this case.