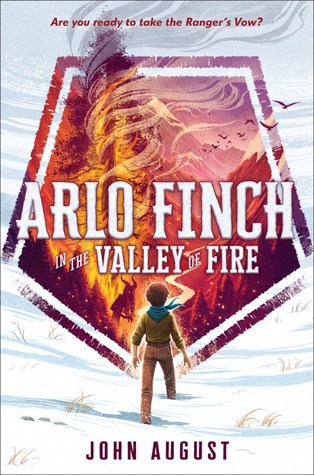 Arlo Finch in the Valley of Fire by John August is a fantasy adventure with plenty of action and lots of mystery.

Twelve-year-old Arlo Finch has just moved with his mom and older sister to live with his uncle in a tiny Colorado town. In an effort to fit in, he joins a scouting organization called the Rangers. He expects that he’ll learn to tie knots and navigate using a compass–and he does. But the Rangers also practice unusual skills that involve harnessing the magical energy of the nearby Long Woods.

Soon, Arlo receives a mysterious warning that he’s in danger. He’ll need all his new skills and the help of his new friends from Blue Patrol to stay one step ahead of the supernatural forces that are after him.

And if you’re curious about how the book came to be, John August has recorded an interesting podcast (Launch) about the whole process from writing to printing.

One thought on “Book Review: Arlo Finch in the Valley of Fire”