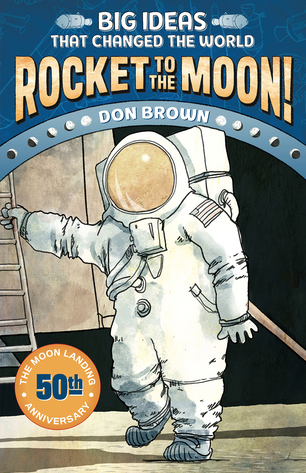 Tomorrow is the 50th anniversary of the Apollo 11 moon landing. If your kids are intrigued, check out Rocket to the Moon! by Don Brown, a history of rockets in graphic novel format. Starting with the first Chinese firecrackers, Brown traces the innovations and discoveries that led to the manned missions to the moon.

This book is full of interesting information. Larrabee read it in a day and quoted facts from it to me for weeks afterward. My personal favorite tidbit is that three early rocket scientists from three different countries were all inspired by the same novel: Jules Verne’s From the Earth to the Moon. Hooray for science fiction!

Rocket to the Moon! is the first book in Brown’s Big Ideas That Changed the World series. I’m looking forward to the next one.